Recently, a reader asked me whether I had heard of the Assimil method, and whether I’d recommend it or not. I had never really looked into them, and now that I’ve done a bit of research, I can comment a bit. 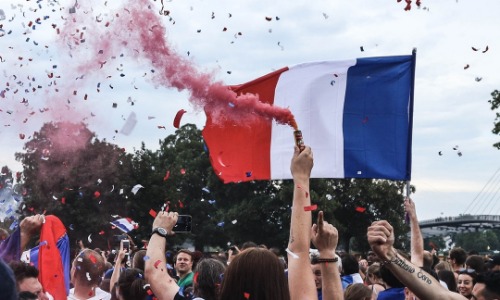 The Assimil books/CDs are a fascinating series from a French company. They present texts of steadily increasing difficulty, typically with translations on the opposite page and grammar notes afterwards to explain any new grammar concepts. The texts are, by all reports I’ve seen, excellent. They get really good writers for them, and they tend to be funny and interesting. They often use dialogues, and have professional voice actors reading these texts on their CDs/tapes. The idea is that if you spend 30 minutes a day casually reading these texts and listening to the CDs, your language skills will gradually improve, and you should get to decent proficiency within 6 months.

There are 4 main editions of them (they’ve been available since the 1950s), and they come in all sorts of language pairings (the earliest ones tend to be target language + French translations, and then they start broadening out into Target+German, Target+English, etc). The older ones seem to have a bit better content, and contain fewer exercises (which I’ll discuss next), and the newer ones tend to have CDs or mp3s instead of tapes, which makes them much more accessible for most people.

The exercises in the newer books seem to be either reworked vocabulary from the texts (same vocab, new sentences), with the goal of translating it into English or Fill in the blank texts with English translations of the sentence you’re trying to make.

The Assimil books/CDs are a fascinating series from a French company. They present texts of steadily increasing difficulty, typically with translations on the opposite page and grammar notes afterwards to explain any new grammar concepts. The texts are, by all reports I’ve seen, excellent.

Here are some pros and cons:

Overall, I’m going to recommend them, because well written (and recorded!) texts like these are really valuable.  I’ll put the better reviewed ones up on the language pages and link to this post.  I think they’d make a good additional resource if you want a bit more material to work off of, and will help get beginning students reading earlier in the process.  Here’s how I think you should use them:

Moderator: Welcome to movie night!  Today, we have the pleasure of welcoming the actor Alain Belon.  Thank you for coming, Alain! Alain Belon:  You’re welcome!

Those of you that have used the Assimil series, please feel free to add comments! Also, if you end up purchasing one, make sure it comes with the CDs.  For some reason, the prices on Amazon vary drastically – I’ve seen books range up to $195, which I don’t understand at all, since it appears that the same book with the same recordings also exists for a bit over $30.  I suspect that this has something to do with old, out of print versions, which are reputedly a bit better in terms of their content.  If anyone can shed some light on this, please comment.

On the language pages, I’ve tried to link the cheapest versions I can find that still have CDs (I think having access to the recordings is pretty important, especially for beginning students).  I’ve found copies on Amazon for German, French, Italian, Spanish, Chinese, Arabic and Japanese.  Russian is reportedly available somewhere, but I can’t seem to find an English version anywhere.

Edit:  I got my hands on an old French version of the Russian Assimil books – these are awesome!  The texts are just great, and they build up in difficulty pretty comfortably.  It takes a bit of willpower to prevent yourself from looking over at the translation until you’re done and have tried to figure it out from context, but again, really awesome texts.  Very impressed.  Also, anyone who’s read La Cantatrice Chauve by Ionesco (Hilarious French absurdist play) is in for a real treat with the Assimil books, since it’s pretty directly based on the Assimil texts.

If you’d like to see a bit of the content and get some insights as to how the new versions differ from the old ones, check out Alexander Arguelles’ video review here.